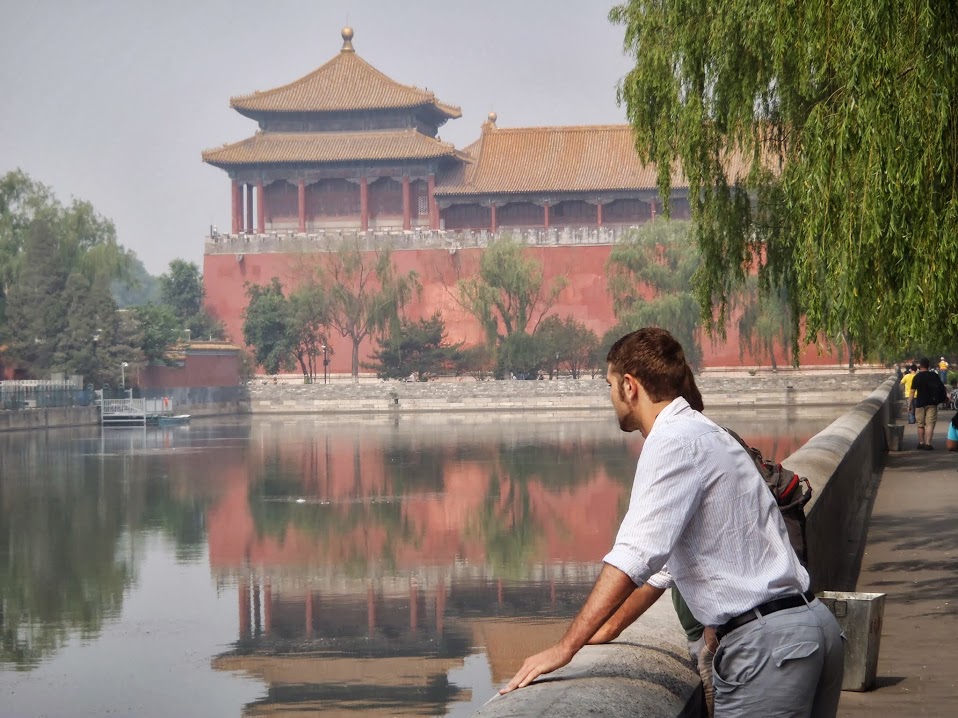 David McDermott, a junior from Grubville, MO, who has a double major in transnational studies and political science traveling to China with one of Westminster’s many summer travel courses. Ache class spent a semester studying Chinese history and culture before their trip and finished the class with a  major research presentation such as his on the Forbidden City.  For McDermott, this study abroad is the precursor to a semester studying in China this fall. McDermott’s previous interaction at Westminster College with Chinese faculty at Beijing Union University through Skype and the Chinese group of professors and students who visited campus last summer led him to be invited for the fall semester.

“China is truly a remarkable place,” said McDermott. “It is a booming center of cultures and people from many different walks of life. I was astounded to find a large Muslim population in China. What really surprised me was how shockingly similar Americans are to the Chinese. We have differences in our history and the way we think, but overall it’s like were the same people on opposite ends of a spectrum. Realizing that we really aren’t that different changed my perception and made me understand the “human element” a little better. I observed the Chinese value their history a lot more than I would say Americans do- a product of having thousands of years more of it. The food was spectacular- it was vibrant and held a variety of tastes and of course we used chopsticks for every meal. Among the dishes that stand out to me are the Dumplings, Pomegranate juice, Street BBQ, Peking Duck, and a fish head. The cities we visited were a lot more developed than I thought they would be, and I felt very safe. This trip has made me more aware of the history and culture and I’m definitely more excited to study abroad and pursue my future ambitions in China.”

“My objective for these two weeks studying abroad was to meet and get to know the Chinese people-particularly those outside of Beijing in the more underdeveloped areas,” says McDermott.  “I want to begin to understand the distinct differences between the American mentality and the Chinese mentality.  It will be important to my future career goals to understand the differences.”

Check out what Westminster biology students studied in Belize this summer, or read more about Westminster’s 2013 summer travel courses here.