NSA Is Violating the U.S. Constitution through Wrongful ‘Search and Seizure’ of Meta Data, Expert Says 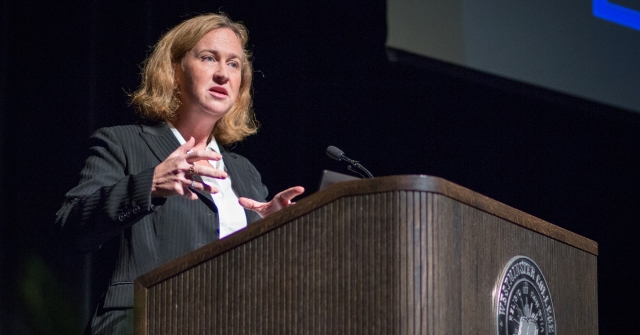 The United States government’s “Telephony Meta Data Program” violates the Fourth Amendment to the U.S. Constitution because it wrongfully allows the government to gain insights and details into the private lives of individual Americans, a noted author and constitutional law expert said Tuesday.

Donohue, pictured above, told an audience of about 1,000 students, faculty, staff, and guests Tuesday that the National Security Administration’s “telephony meta data program” harvests millions of electronic telecommunications records daily in its “war on terror,” although it violates America’s search and seizure laws.

Those records include phone calls, faxes, texts, videos, and other records, said Donohue, author of The Cost of Counterterrorism: Power, Politics, and Liberty (2008); Counterterrorist Law and Emergency Powers in the United Kingdom 1922-2000 (2007); and, the forthcoming The Future of Foreign Intelligence (2015), which focuses on the Fourth Amendment and surveillance in the digital world.

“The massive amount of telecommunications data that’s harvested by the NSA provides personal insights about individuals, their social relationships, their friendships, where they’re located or have visited, and other personal information,” she said. “The government is collecting information, private information, on U.S. citizens and can use that information for a number of different reasons.

“This is exactly what the Founding Fathers were trying to prevent when they adopted the Fourth Amendment,” she added.”

Donohue explained that the signers of the U.S. Constitution fought against “general warrants” used by King George III and his predecessors to arbitrarily search people’s homes and personal belongings in hopes of finding incriminating information against them.

Other lecturers included John Rizzo, a senior CIA attorney, who discussed the moral and legal dilemma in approving waterboarding and other “enhanced interrogation” methods following the attack on 9/11. 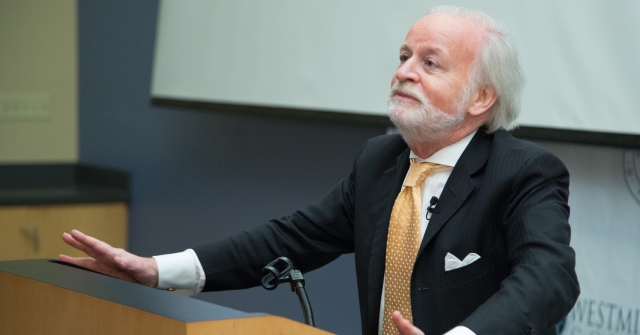 While he said he morally opposed torturing Iraqi and other prisoners, it was legally permissible – especially considering the time immediately following the attack on New York City and Washington D.C.

Rizzo said President Barrack Obama ended the “torture program,” as he promised to do, two weeks after he was elected to office. Rizzo remained with the CIA for another year before retiring from the agency, where he started working in 1975.

Other speakers during the day included: 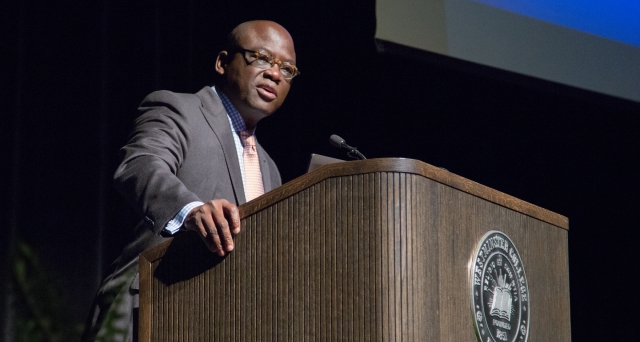 President Benjamin Akande welcomes the crowd to the 2015 Hancock Symposium. 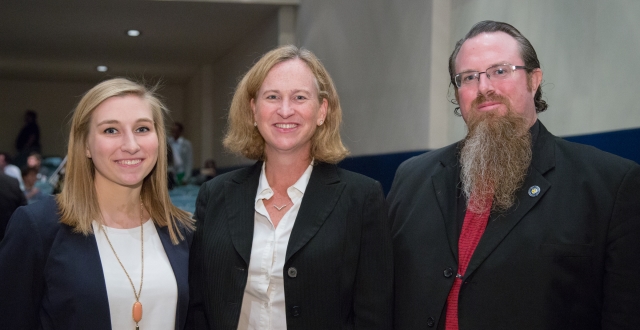 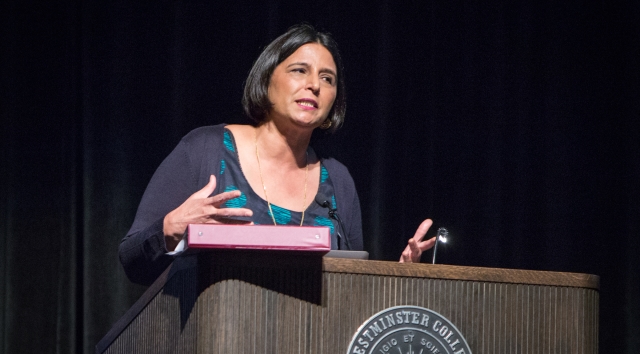 To learn more about Westminster College, people can visit the College web site at www.westminster-mo.edu.