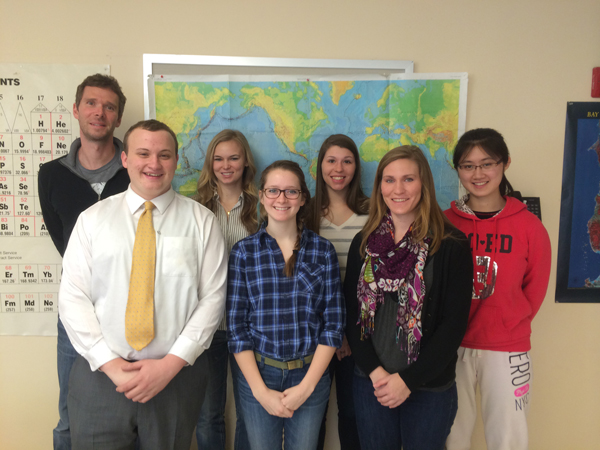 This summer, six Westminster students will have a hands-on experience with paleontology in Nebraska and South Dakota. David Schmidt, Assistant Professor of Environmental Science and Geology, will lead a two-week expedition to prospect for vertebrate fossil material — fish, amphibians, reptiles (including dinosaurs), mammals, and birds. Schmidt holds a National Forest Service permit to collect fossil specimens from two locations within the badlands area of the Federal National Grasslands system.

For several of the students going on the trip, it is an opportunity not only for study, but also for career exploration.

Zach Stafford, ’17, says he expects to gain more respect for this field of study. “It’s a test to see if this is what I want to do,” he says.

“It’s going to be a really cool experience,” says Mikaela Ruga, ’16, who is interested in paleontology and geology. “It entails what I may want to do for my career.”

The group’s goal is to locate potential fossil localities for future undergraduate research opportunities.  Students participating in this expedition will learn field techniques and methods through excavation and field preparation of specimens. For Schmidt, the 2014 trip will be his second such excursion. He says that the adventure aspect of the trip often draws student interest, but he knows it is a high-impact experience for students.

“I enjoy it so much because it makes such a big impact on students,” Schmidt says. Students begin to perceive the world and today’s environmental issues differently when they see adaptation and change going on for millions of years through the fossil specimens, according to Schmidt. (See video below for more.)