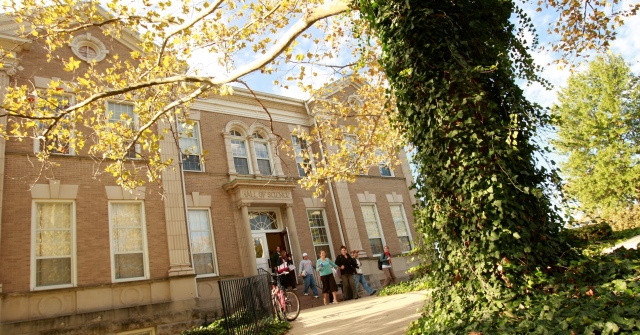 Internships can offer college students an invaluable glimpse into professional life in their chosen fields. Westminster’s Center for Career Development oversees a strong internship program that prepares Westminster students for life after graduation. Cindy Quick, Assistant Director of the Center for Career Development and Internship Coordinator, recently visited several students at their summer internship sites. “It never ceases to amaze me what the students are able to learn while completing internships,” she says. Below, Cindy reports back on students’ experiences. 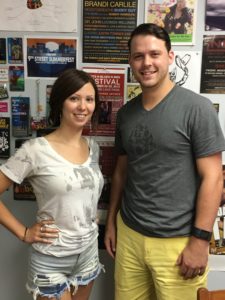 Christopher Asher ‘18 completed his internship at Thumper Entertainment in Columbia, Missouri. He ascertained how to promote the entertainment business and determine which marketing ideas were successful and which ones were not. During his time at Thumper, he went door-to-door to businesses, advertising events and putting up fliers. In addition, Chris entered information regarding the events, venues and advertising efforts into a database to track his activities. Chris said that he would like to enhance his business communication skills and that this experience was a valuable step towards gaining knowledge to help him secure future positions in the entertainment business world. His supervisor, Julie King Dworski, was most impressed by the “can do attitude” Chris displayed.

Soccer Master in Manchester, Missouri, employed Westminster Interns Chandler Becker ’18 and Brendan Boswell ’19 this summer. Both Chandler and Brendan completed their internships as Sports Management Interns. Glenn Hughes, General Manager/Supervisor, said he preferred to be considered the interns’ “Coach or Mentor” and valued their contributions to Soccer Master. 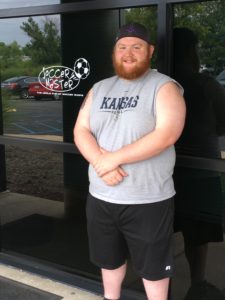 Chandler Becker was responsible for placing and compiling orders, checking in the inventory and double checking to make sure the orders were correct before they were shipped. “The classes that helped me most with this internship were my business management, accounting, and marketing classes,” he said. Hughes stated that Chandler’s strengths were “his willingness to learn, ability to multitask and his ideas to help improve the processes.” 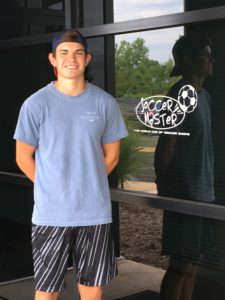 Brendan Boswell was responsible for checking in the inventory and sorting it by club and size. He also completed checks on all the orders before shipping them out. Brendan said that his time management skills were what helped him most on this internship. He learned how to “think outside the box” to get the orders completed faster and more efficiently. According to Hughes, Brendan’s strengths were his “attentiveness to detail” and that “he thinks well on his feet.” 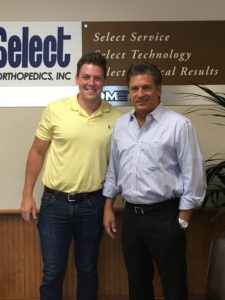 John Whitman ‘17 completed his marketing internship at Zimmer-Biomet in St. Louis with Keith Lyerla as his supervisor. John gained knowledge of orthopedic implants and instruments, delivered them to hospitals, and attended and contributed to marketing meetings. He said one of the important things he learned was that “you are the face” of Zimmer-Biomet when you go out to the hospitals delivering their products. John expressed that his experience developing one-on-one relationships at Westminster has been most helpful in succeeding during this internship. When Lyerla was asked what impressed him most about John, he said it was his “organization skills, attitude, attention to detail and punctuality.”

After visiting the interns in Columbia and St. Louis, Cindy Quick added, “It is such an honor to be able to see our Westminster students at their internship sites. They have pride in what they have accomplished and rightfully so.”

Learn more about Westminster’s Center for Career Development and its internship program here.