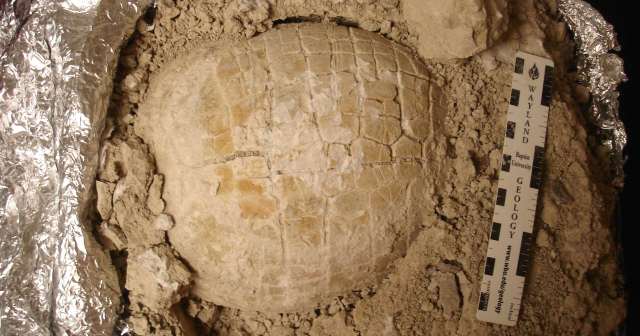 Finding and studying a 32 million-year-old tortoise shell? Just another unique and fascinating experience for a Westminster student.  Meredith Bolen, ’16 has spent the past year preparing and researching the ancient tortoise shell that she and environmental science professor Dr. David Schmidt collected on an expedition in South Dakota two years ago.

Dr. Schmidt says that Meredith has done an amazing job preparing the tortoise shell fossil and researching it.  After significant time and research, Meredith presented the specimen and her work at Westminster’s Undergraduate Scholars Forum in early April.  She also traveled to the University of Central Missouri in late April and presented at the Missouri Academy of Science, where she took first in the poster competition. This is quite a feat, considering Meredith is a sophomore with only one year of research on this specimen – she beat out juniors and seniors who have spent 2-3 years researching their projects.

“This is a great example of what these opportunities can lead to,” says Dr. Schmidt. 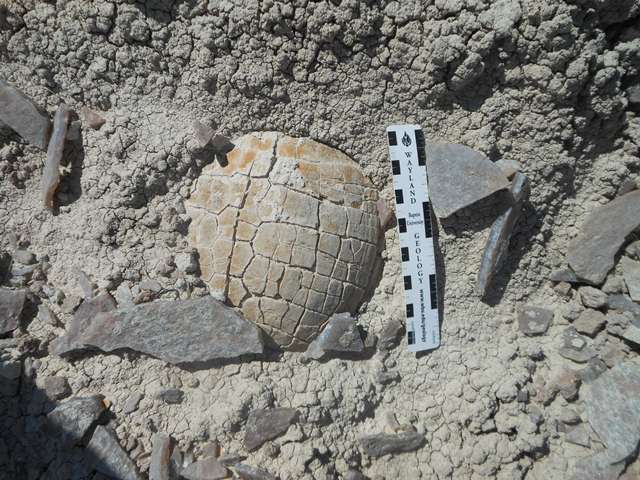 The tortoise shell as it was found in the field. 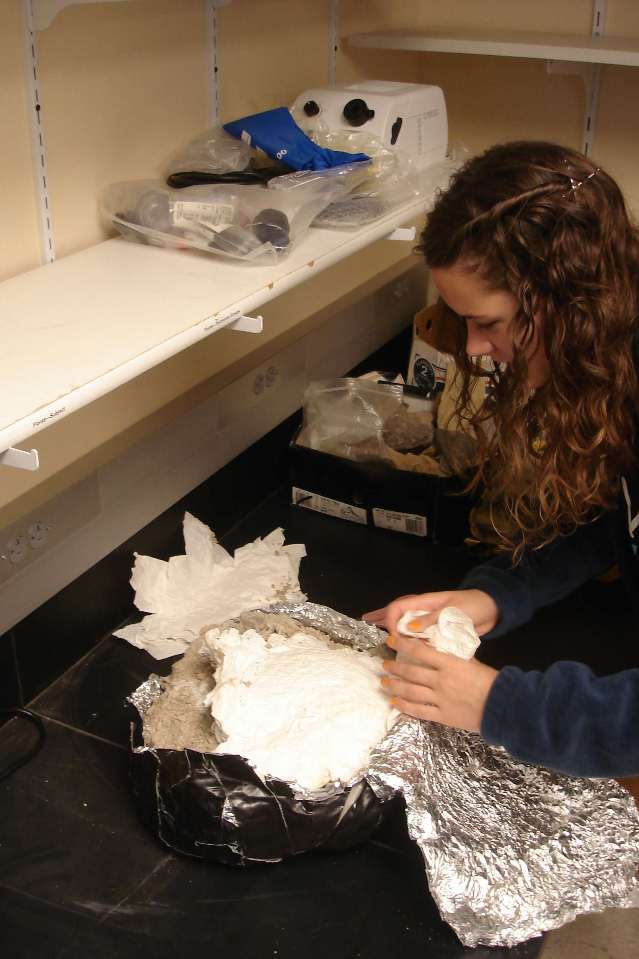 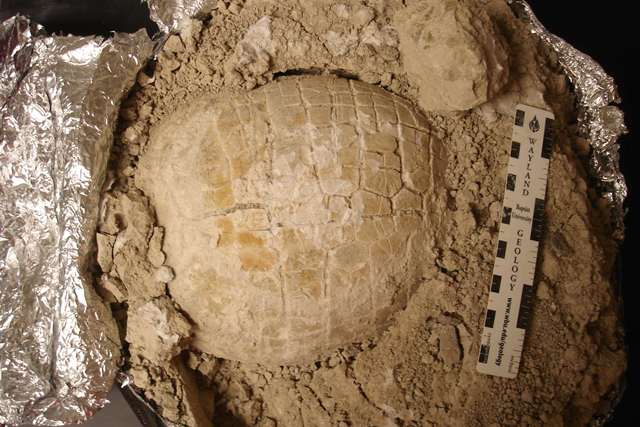 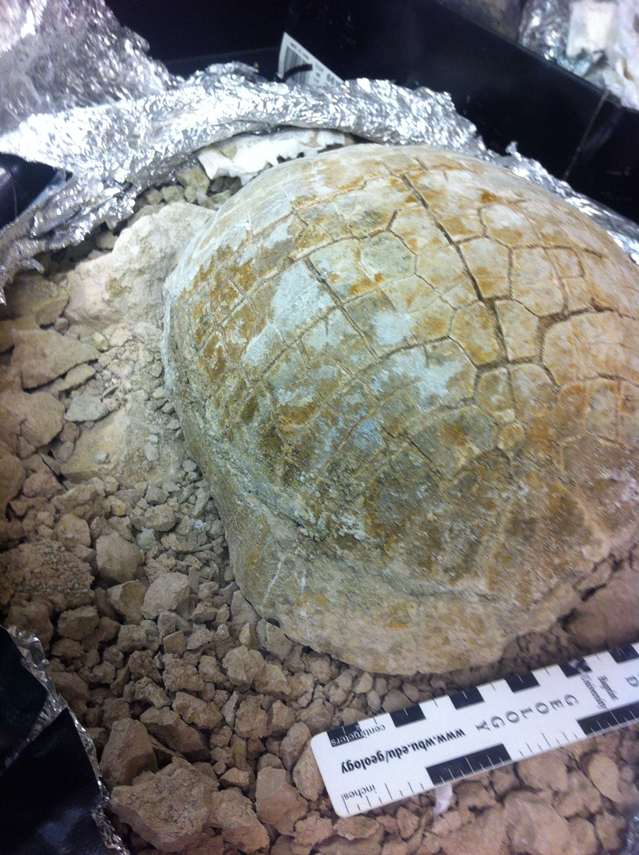 A CT scan image conducted at MU to see what was on the inside – the image shows parts of the shoulder girdle still preserved within the matrix of the shell.