Religion Professor Publishes New Book for “People in the Pews” 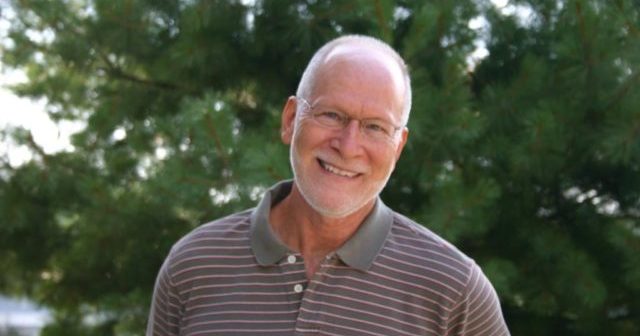 “This book was written for Christian laypeople who want to think about their faith and be given creative and relevant suggestions about what it means to attempt authentic Christian living in today’s world,” says Dr. Cain.

The idea emanated from discussions with a distinguished Boston University religious studies professor  several years ago.  The two realized that their writings and publications were directed primarily at a limited audience of academics, professors, and other Ph.D.’s in religious studies.

“The result has been for me to write for ‘persons on the street’ and ‘people in the pews,’” says Dr. Cain. “It is my hope that this latest book will be read by Christians who are trying to live as disciples of Jesus in a world where issues are numerous and complex. I am more concerned about the place of religion in the public square than I am a narrow theological circle.”

Dr. Cain also hopes religious professionals who want or need to reflect on various topics and issues of the Christian faith and seek mental stimulation and spiritual inspiration will read the book.

The “spiritual speeches” found in the book were given in various colleges’ academic settings and were intended to stimulate mental response and provide spiritual edification to the campuses. They focus on themes and issues that are relevant to the cycle of the academic year, the seasons of the Christian calendar, and the rhythms of Christian life.

These faith talks provide reflections on the beginning of the school year, spiritual discipline and celebration, Thanksgiving, Christmas, Epiphany, April Fool’s Day, Easter and graduation as well as spiritual themes such as God’s omnipresence, spiritual transformation, incarnational theology, self-worth, the relationship of Christianity and culture, Christian virtues, environmental concerns, the Kingdom of God, and Christian hope.

Westminster President Benjamin Ola. Akande wrote a blurb for the book’s back cover, calling it “current and intellectually stimulating.”

Dr. Cain’s last book, Re-vision: A New Look at the Relationship between Science and Religion (2015) was targeted for use in college classrooms and church study groups to assist them in “wrapping their minds” around the relationship between religion and science.

Among his other book publications are An Ecological Theology (2009), Down to Earth (2010) and Many Heavens, One Earth (2012).  Currently on sabbatical, Dr. Cain is working on another book, this one analyzing the views on nature of St. Francis of Assisi, Hildegard of Bingen, and the Japanese Zen  Buddhist monk, Ryokan.

Dr. Cain holds both a doctorate in theology and one in science.  His graduate degrees are from Princeton Theological Seminary, the State University of Leiden in the Netherlands, Vanderbilt University, and Rikkyo University in Tokyo.

He is also an ordained clergyman with credentials recognized by the Presbyterian, Disciples of Christ, and American Baptist traditions.

Prior to teaching at Westminster, Dr. Cain taught at Franklin College in Indiana, the University of Alabama in Birmingham, and was the Distinguished Visiting Eli Lilly Professor of Religion at Berea College in Kentucky.