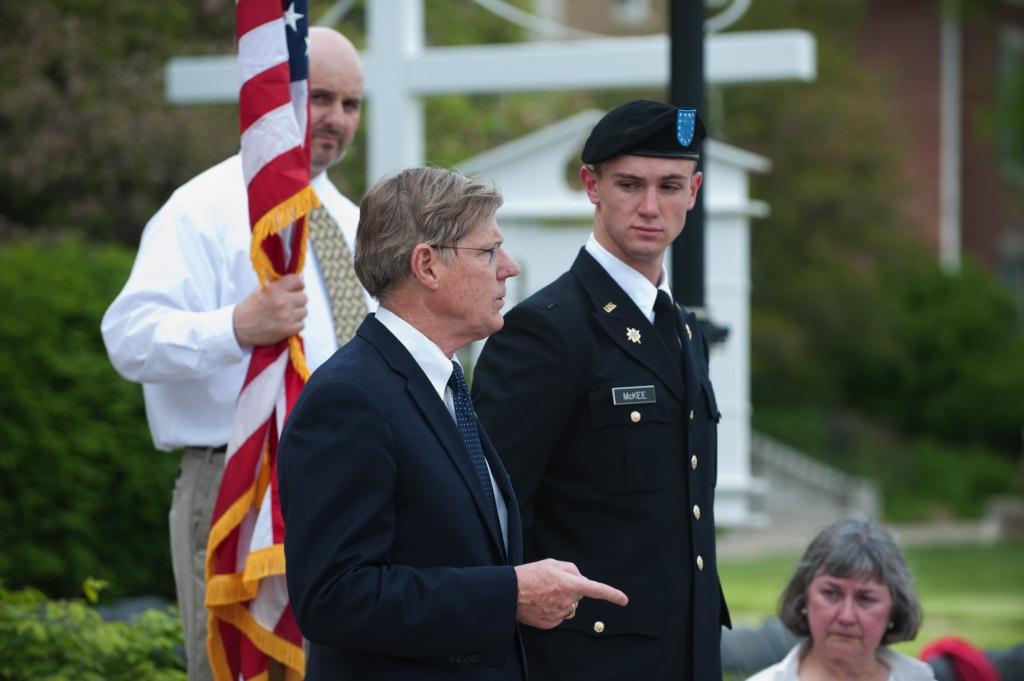 During the Fall 2013 semester, students in the History Department’s Oral History Class chose to interview veterans connected to the Westminster campus as their interview subjects.  Here, Professor Mark Boulton discusses the project.

The class agreed that our veterans best exemplify the core values of service, sacrifice, and leadership that are so important to the school.  We were fortunate enough to interview Board of Trustees member and retired Major General Byron Bagby, along with President Forsythe, Professor Butch Lael (now retired), Kit Freudenberg from the Churchill Institute and Bill Whitlow who is a Westminster alum and still plays a leading role in Greek life on campus.

Their service ranged from the Vietnam War to the current Global War on Terror.  Each one of them was incredibly generous with their time and shared some powerful and very moving life stories.  We are currently transcribing the interviews and will present them to the veterans and their families once they are completed. It was a rewarding and often emotional experience and some of the students described it as the most important thing they have done at Westminster.  My hope is that this will be the beginning of an ongoing project in which we continue to collect interviews as a way of celebrating our veterans’ service.

Comments from class members about the project:

“This project is very important for Westminster. It shows Westminster has a strong commitment to veterans and supports them during their college years and after. It also raises campus awareness of its veterans and the sacrifices all military members make, regardless if they’re a combat vet or not.” — Christopher Crowson

“The oral interview with General Bagby was a fantastic experience, one of the best experiences of my career as a Westminster student. It was great to connect on a personal level with such a powerful person and learn about his life accomplishments from his perspective. General Bagby and his family have sacrificed so much for our great nation, documenting his history is essential because so much can be learned from his work done as one of our nations great military leaders. I’m very appreciative I could be a part of the group responsible for recording his life history.” — Skylar Tolson

The veteran interviews were capstone class assignments, so both the transcriptions and the video will not be completed until the end of the semester.