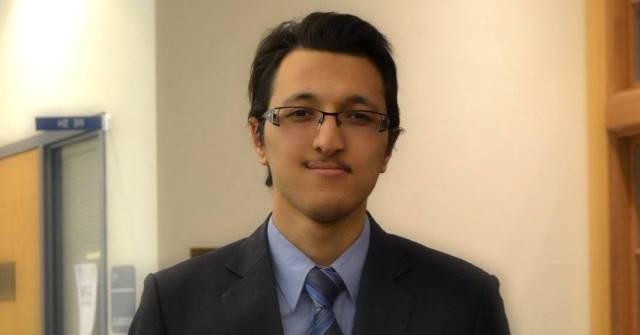 A double major in Transnational Studies and Economics, Ayush researched and authored the article while interning with the United Nations Human Settlements Program in Nepal in the wake of the 7.8-magnitude earthquake that struck last April.

Though welcoming the influx of foreign contributions that followed, Ayush sees recovery aid as, at best, a temporary remedy.  If his country is to achieve its longer-term goals, these funds must be invested wisely and strategically, he says, with the “focus on sectors in which [Nepal] has a comparative advantage.”  His proposal envisions a three-pronged strategy comprising reform of the tax system, public investment in agriculture and education, and a more robust export sector fueled by domestic energy sources such as hydroelectric power.

“Ayush’s rare combination of compassion, intellect, and energy make him a genuine pleasure to work with,” said Dr. Jeremy Straughn, an assistant professor of Transnational Studies and Ayush’s advisor for the major.  “His commitment to Westminster’s values of service, leadership, and academic achievement never fails to inspire.”

Dr. Heidi LaVine, a professor of English and the director of Westminster’s Honors Program, described Ayush as “simultaneously a curious intellectual, a kind humanitarian, and a conscientious, active global citizen.”

“He makes his Westminster friends and family so very proud,” says LaVine.

Ayush was awarded the McFarland Family Scholarship last spring in recognition of his previous work with Winrock International and other aid activities.  He is a member of Westminster’s Honors Program, Student Ambassadors, the Interfaith Advisory Board, Alpha Lambda Delta Honor Society, Vice President of the Junior Class, and co-founder of the student-run organization Global Development and Progress (GDP).