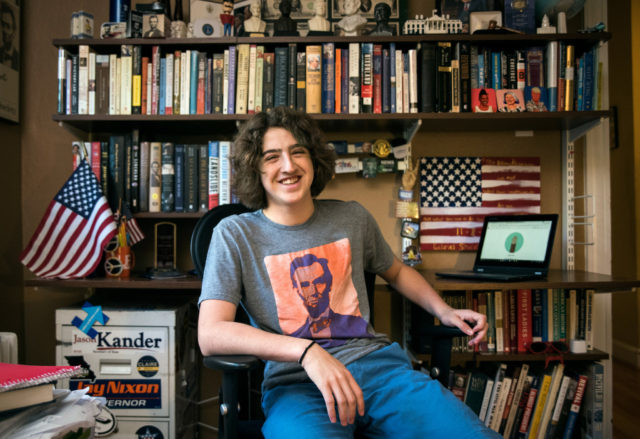 Before our youngest Hancock Symposium speaker, Gabe Fleisher from University City, MO catches his ride to high school in the morning, he has to send his daily political email blast out to his 50,000 readers.

Gabe, the Editor-in-Chief of Wake Up to Politics, will talk about Politics and Media in the Digital Age at 1:30 p.m. on Tuesday, Sept. 11, in Room 204 of the Coulter Science Center during the Hancock Symposium.

The high school sophomore was bitten by the political bug when his father made a last-minute decision to take seven-year-old Gabe and his sister Zoey to the presidential inauguration of President Barak Obama.

After reading a children’s book on presidential campaigns followed by more books and tours of presidential libraries, Gabe became focused on soaking up the daily news.

In April 2011, he started publishing his own daily political email blast entitled The Daily Rundown.  That publication had one subscriber—his mother.

Today his Wake Up to Politics is read by reporters for The New York Times, The Washington Post, and USA Today.

As a member of the press, Gabe has received media credentials to attend presidential primary debates, presidential addresses, caucus meetings, and candidate rallies.

He has published one book, Hear Us Roar, which relates the history of his elementary school, and he is an Editor-in-Chief of his high school newspaper, The World.

Gabe was given the 2014 Lincoln Forum Student Scholarship, has received the Kids Voting Missouri Pioneer Award, and was recognized by Microsoft as a “Person of Action.” 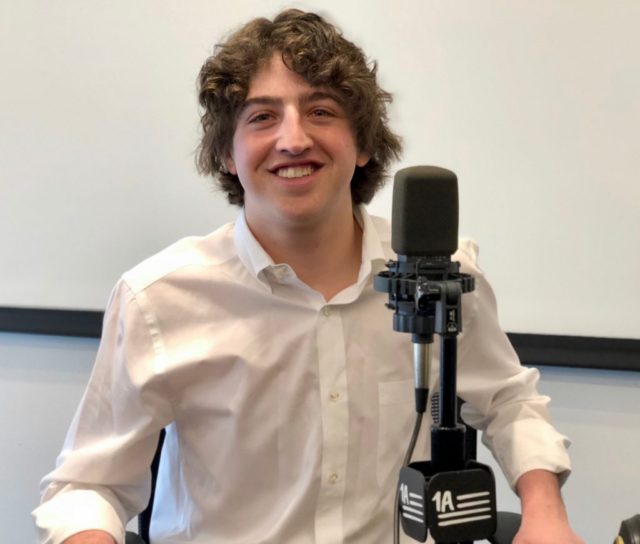