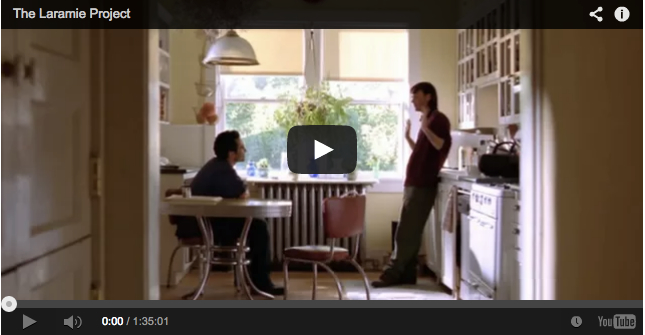 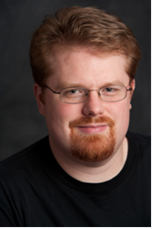 While I am extremely excited about all of the speakers that we have coming to Westminster for the Hancock Symposium, I am particularly excited about hearing Andy Paris speak. Over the past 15 years, he has carved out an important place on the forefront of new play writing in the United States.

My first experience with Andy Paris’s work came in the fall of 2000. I was still in college and had just returned to campus for the beginning of my sophomore year. During the first week of the semester I got an email asking me if I’d be willing to run the soundboard for a semi-staged production that my Drama Department had decided to pull together at the last minute. I’d never heard of the play; in fact, the piece was brand new (it had premiered that February), but had already generated a huge amount of buzz. Within a few days I found myself sitting in our cramped sound booth during our one technical rehearsal for The Laramie Project and, even during that slapdash run-through, I was struck by both the timeliness and power of the text.

The Laramie Project, which was developed collectively and originally performed by the members of the Tectonic Theatre Company of which Andy Paris is a founding member, is a potent docu-drama that retells the story of the 1998 murder of Matthew Shepherd is Laramie, Wyoming. At the time the murder drew international attention due to the fact that Shepherd, a student at the University of Wyoming, had been savagely beaten to death by two young local men because he was openly homosexual.

But, while the play certainly deals what is still a hot-button issue, what impressed me when I first saw it and still impresses me about it today is its honesty and even-handedness. The play is constructed from over 200 interviews as well as public statements from the people who were most affected by the tragedy. This approach paints a vivid portrait of a town as it grapples with the harsh reality of hate, while showing the individual soul-searching that a crime of this nature can elicit.

Since its first production, The Laramie Project has been one of the ten most produced plays in United States and Andy Paris has gone on to help develop over half a dozen new works for the stage, including The Laramie Project: 10 Years Later, Gross Indecency: The Three Trials of Oscar Wilde, and Going Public (a work Paris wrote working with students at Amherst College on the U.S. public education system). His current project, Square Peg Round Hole (working title) explores the complex issues that surround ‘autism’ in contemporary American society.

Andy Paris will also lead a break-out session from 10:30 to 11 am on Tuesday, September 16. For a full schedule of Hancock Symposium events, visit our webpage.