Do Only Scandalous Women Make History? 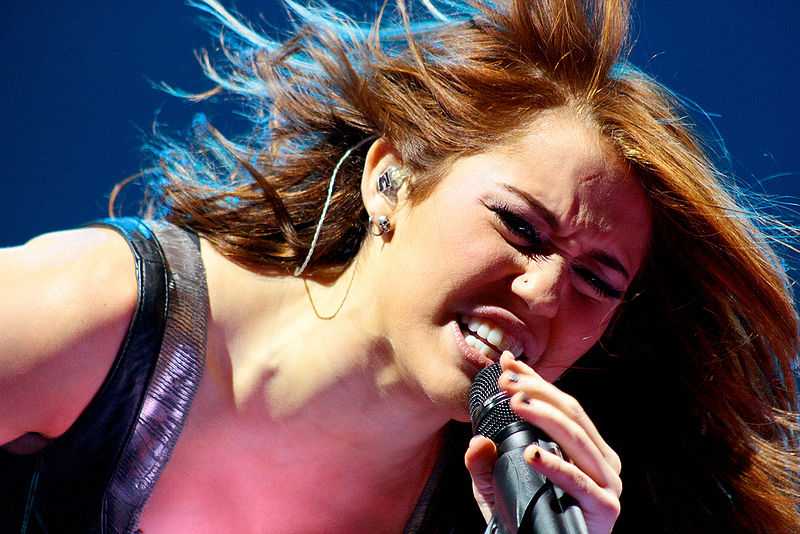 It is no secret here at Westminster College that I am a big fan of strong women.  From my Wonder Woman shirt to pictures and sayings that adorn my office door, I love to celebrate the many contributions and achievements of women throughout history.  With my passion for women’s history, I wanted to create a course that somehow explored not just strong women but women who really challenge society to make my life as a woman better.  So I began to think about what women I would want to talk about in such a class.  And then I came across Laurel Thatcher Ulrich’s famous quote, “Well-behaving women seldom make history.”

That got me thinking.  Is this true?  Do historians tend to focus on those women who challenged established gender norms and accepted modes of femininity?  If this is true, how can I explain this phenomenon?   Do we simply enjoy exploring the lives of scandalous, rebellious women?  Do we shy away from women that seemed to be exactly what their fathers, husbands, and society expected them to be?  Or did scandalous women truly make history and pave the way for the modern woman?

My quest to answer these questions has resulted in my Scandalous Women in American History (HIS/WGS 354) course that I am currently teaching.

It sounds easy enough, right?  Just look through history books and find those women that defied all the rules.  At least that is what I initially thought as I put this course together.  Yet, my students and I soon learned that before we could address the impact scandalous women have had on American history, we first needed to define and conceptualize what it means to be a “scandalous” woman in American history.

Well, this undertaking has really been a semester-long journey since what one society deems scandalous is quite different from another.  Today, for example, it seems as if scandalous refers more to the type of clothes a woman wears, an image she portrays, or her publicized sexual and social behavior.  Even for women who challenge society with strong political ideas or words, the media often scrutinizes their looks or reduces them to sexual objects.  In essence, a woman today is often judged by her appearance and how the media portrays her.

Although women in the past were often judged for their appearance or sexualized behavior, early Americans did not have modern modes of media which meant that a woman’s appearance and image proved a lot less important than her actual words and ideas.  This certainly changes by the 1920s as the dawn of cinema and advertising provides Americans with visual representations of scandalous and sexualized behavior.

The media is just one factor that has shaped connotations of scandalous over American history.  This semester has really been about my students and I identifying and exploring how the media and other dynamics such as race or religion determine what it meant to be a “scandalous” woman in America.  By doing this, we have been able to put the many women we have discussed, from Pocahontas to Dorothy Parker, in their appropriate historical context while clearly comprehending how and why they earned the label of scandalous.

As the semester is coming to a close, my students are now embarking on their final project of the course.  Since scandalous is often in the eye of the beholder, they are picking two women in American history that they deem scandalous.  This gives them a chance to explore interesting women that we did not have time to discuss in class.  The two rules that students must follow in choosing their women is that they cannot be women we have already discussed and these two women must live (or have lived) at least 50 years apart from one another.  The rules encourage my students to select women from different time periods in American history.  In turn, students can truly assess how ideas of scandalous evolve and how these evolving connotations shape the lives of women.

Beginning in October, my students started to submit their chosen women for approval.  Immediately, I was struck by how many of them chose women based on certain themes.

For instance, my student Andrea Kiser decided to do her project on Bonnie Parker (of Bonnie and Clyde fame) and Aileen Wuornos (her life was the inspiration for the movie Monster) who was one of the first female serial killers executed for her crimes in 2002.  Andrea is approaching her project by focusing on female criminals and society judged their crimes and actions in different moments in history.

Kari Lenz has picked another interesting theme by choosing Josephine Baker and Catherine Hanaway (who served as the first female speaker of the Missouri House of Representatives).  As native-Missourians, both Baker and Hanaway allow Kari to examine how the label of scandalous might be shaped by a woman’s location and her race.

Shauntay Larson plans to examine her chosen women through the lens of fashion.  Exploring the lives of Amelia Bloomer (inventor of bloomers for women) and Coco Chanel (inventor of Flapper-wear), Shauntay hopes to show that society often saw a woman’s attire as a mark of rebellious behavior and suspect morals.  Although neither of their fashion creations would be seen as obscene by today’s standards, both Bloomer and Chanel faced scrutiny for rejecting femininity in their designs and challenging the very essence of womanhood.

When designing this course, I was quite certain that modern celebrities would dominate many of our discussions.  I was not surprised then when many of my students chose some of Hollywood’s leading ladies for their projects.  For instance, my student Kirsten Dungan is comparing Angelina Jolie to Hollywood starlet Mae West.  She hopes to explore how both of these famous actresses often challenged images of the ideal woman in their personal lives and in their on-screen characters.

Molly Dwyer is capitalizing on Miley Cyrus’ recent headlines by comparing her to 1920s child star Louise Brooks.  Credited as one of the first teenage flapper actresses and even better known for her many sexual exploits, Louise Brooks provides a great comparison to Miley Cyrus who also gained fame while still a teenager.  Molly hopes to highlight how these one-time child stars attempted to reinvent their images as adults through behavior society deems scandalous.

Currently, my students are in the research phase of their projects.  With each week I am more impressed by their sophisticated and unique approach to the assignment.

For instance, Jorden Sanders has chosen to do her paper on Sally Hemings and Mildred Jeter Loving.  Although Sally Hemings hardly needs an introduction since she has been the center of most works on Thomas Jefferson in the last ten years, Mildred Jeter Loving might not be so well known.  When Mildred, a black woman, and her husband Richard, a white man, got married in 1958 they were almost immediately arrested for violating the 1924 Racial Integrity Act.  They challenged the decision which made its way to the Supreme Court in 1967.  Their case ultimately invalidated miscegenation laws throughout the United States.  Focusing on two women of color who found themselves in high profile interracial relationships, Jorden can explore how society often deems sexual and personal relationships scandalous especially when they involve race.

My student, Ember Vitale, is also exploring the relationship between sexuality and scandalous.  She is examining how Gertrude Stein and Ellen DeGeneres redefined ideas of hetero and homosexuality and femininity.

As my students finish their research papers they are also gearing up to present their finding to the class in the first week of December.  This will allow them to teach all of us about their scandalous women and how they see scandalous changing over time and space.  Stay tuned for news and pictures from their amazing presentations …