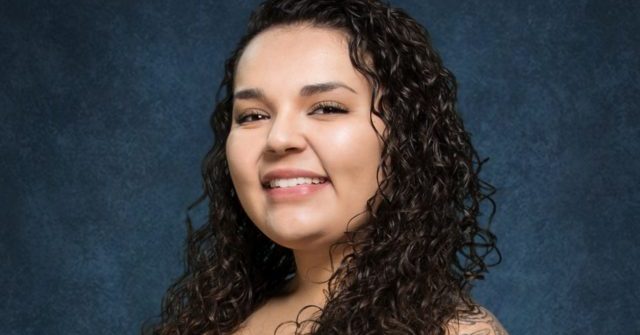 Many great success stories will walk across the stage when the Class of 2018 receives diplomas at commencement exercises, but one of the most inspiring is the story of ChristiAna Dunham from St. Louis, Missouri.

ChristiAna was raised with her sister 11 months apart by a single mom. Her mother believed deeply in the value of education. She worked at several part-time jobs for years while raising the two young girls to earn her own college education.

Growing up watching crime television shows such as Bones and CSI, ChristiAna gradually came to the realization she wanted to go to college to gain a degree in forensic anthropology.

While her mother wanted her to achieve her dream, she did not know how she could afford to send ChristiAna to college.

ChristiAna’s mother stressed that excellent high school grades which would lead to significant scholarships would be the best path ChristiAna could take, and her daughter followed her advice.

Having come from a large high school, ChristiAna wanted to attend a small college, and when she visited Westminster, she knew she had found a home.

She liked the “small school feel” and going to school in an atmosphere “where professors do all they can to help you succeed.”

Reaching this graduation day was a challenge.

“I thought I had studied hard in high school until I started classes at Westminster,” says Dunham. “The expectations were really high, but I received strong support and encouragement from my professors.”

In her corner were people such as Dr. Jane Kenney-Hunt, who was her advisor, Dr. Dawn Holliday, Dr. David Schmidt, and Dean of Faculty Dr. Carolyn Perry.

Kenney-Hunt helped ChristiAna formulate a self-designed major in her chosen career field and guided her through what courses to take.

Following that advice, ChristiAna went to Australia, where she did research and took courses that were extremely helpful for her degree and impressive on her applications for graduate school.

She also went on one of Dr. David Schmidt’s paleontology expeditions to the Badlands as a freshman and Dr. Dawn Holliday’s research trip to the Galapagos Islands after her sophomore year.

“I had to take out loans in order to have these educational experiences,” says Dunham.  “But they were worth every penny.”

In addition, she says being able to do presentations at the Undergraduate Scholars Forum, a presentation for the Missouri Academy of Science, and research for Dr. Schmidt were very helpful in her field of study.

ChristiAna has worked her way through college with jobs at Pier One and FedEx in Jefferson City and work-study positions.

Her first two years she worked in Enrollment, assisted in the President’s Office as a junior, and was employed in the Hunter Activity Center as a senior.

When it came time to apply for graduate school, ChristiAna found it a “scary” proposition.

She had great difficulty writing the personal letter to accompany applications until Dr. Kenney-Hunt told her to “just tell your story and what you want to do.”

ChristiAna applied to five different graduate schools, and as the rejection letters came in one by one, her spirits sank, even though Dr. Kenney-Hunt kept telling her “rejection makes you appreciate a letter of acceptance that much more.”

That advice certainly proved true. ChristiAna was ecstatic when she received the letter informing her she had been accepted to the Master of Arts program in Human Skeletal Biology at New York University.

ChristiAna has never been to New York City in her life, so she is very excited to start this new adventure.

Her mother and she are flying there in June to look for an apartment, and she will start school September 4.

As is the case with every success story, so many people have played significant roles in helping ChristiAna achieve her dream.

However, the major credit has to go to this extraordinary young woman herself, who overcame so many obstacles through her hard work and determination to earn a place in such a prestigious graduate program.