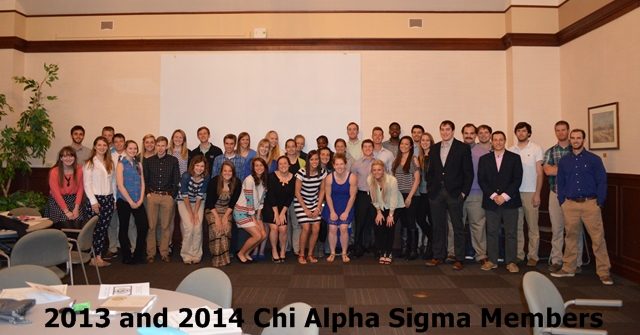 The Westminster athletic department honored a record 37 inductees into the Chi Alpha Sigma Missouri Alpha Chapter at Westminster College on Wednesday, April 30, 2014. Sixteen Chi Alpha Sigma members were also recognized for their inductions in 2012 and 2013.

Chi Alpha Sigma, the National College Athlete Honor Society, recognizes student-athletes who earn a varsity letter while maintaining a 3.4 or higher cumulative GPA throughout their junior or senior years.  The membership is based on the student-athlete’s outstanding scholarship, their earned athletic letter and their excellent character and citizenship.