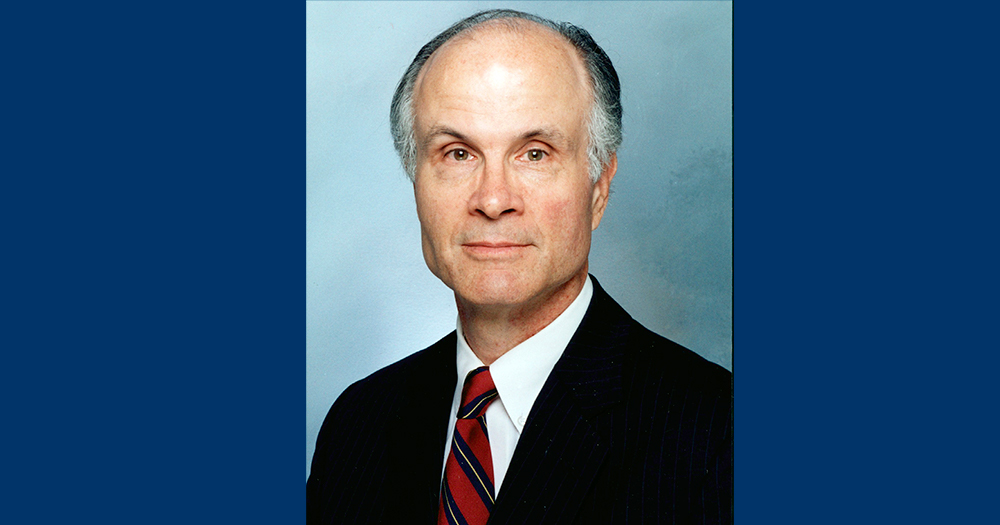 David G. Evans, JD, ’70 FIJI, of Lyon Mountain, NY, is a hard-hitting addictions expert who has appeared frequently on MSNBC, CBS, CNN, Fox News, NPR, and other national news outlets. One might assume he is uptight or a throwback to another generation for his attitudes against recreational drug use, but that assessment is far from the truth.

“In my senior year at Westminster, I finally faced my substance abuse problem,” Evans explains. “I joined an anonymous self-help group that had meetings in Fulton. It took me a while to give up alcohol and a bit longer for drugs … but I have been sober since my senior year.”

In reflecting on his nearly 50 years of sobriety, Evans says he first developed an interest in the addictions field while studying law at Rutgers University Law School in Newark, NJ, where he earned his juris doctorate in 1973. For decades, Evans worked as a personal injury and plaintiff’s employment litigator while also serving as an addictions consultant and advocate for drug/alcohol-free workplaces and drug and alcohol testing.

The author of numerous books and articles on the subject of addictions and the law, Evans has served as a delegate to the United Nations and as a member of the New Jersey Governor’s Task Force on Steroids. Additionally, Evans managed the New Jersey Intoxicated Driving Program and served as a research scientist for the New Jersey Department of Health. He also served on the faculty of the John Jay College of Criminal Justice in New York, NY, and taught courses at Rutgers University and Kean College in Union, NJ.

Today Evans is semi-retired from his private practice and serves as a special advisor to the World Federation Against Drugs as well as senior counsel for the Cannabis Industry Victims Educating Litigators, or CIVEL. And although he has been interviewed by countless mainstream publications such as U.S. News and World Report, USA Today, The Christian Science Monitor, and even Seventeen Magazine, it was an article Evans wrote for the Missouri Medicine: The Journal of the Missouri State Medical Association that grabbed Westminster’s attention.

The article titled “Marijuana Legalization Will Cause Many Problems for Missouri Law Enforcement and Schools” appeared in the June 2019 edition of the magazine. A conversation about Evans’ opinions about marijuana and his personal struggles and triumphs is found below.

Please tell a little bit about your current legal work. I work in the areas of public policy and lobbying, and I help create addiction treatment programs. Working in the field helps me stay sober.

What did you do as a delegate for the United Nations? The UN holds meetings in Vienna or New York regarding world-wide drug issues. For several years, I served as a delegate for organizations that had UN consulting status. I worked with an international team to oppose drug legalization and to preserve the UN anti-drug treaties. They are under attack by those who want to legalize drugs.

Can you describe what you do with CIVEL? CIVEL advocates for the many victims of the marijuana industry. Our goal is to get the legal profession to initiate litigation by educating them as to the legal issues and strategies involved. We teach lawyers to recognize cases, prepare cases, and then litigate as was done in the cases against big tobacco and is now being done against the opiate companies. We also educate the public about how the marijuana industry has destroyed lives and families and how to support the victims. The marijuana of today is far different from the “Woodstock weed” of years past. Marijuana products today can reach 99 percent THC, the intoxicating chemical in marijuana. It can cause addiction, mental illness, and violence.

What do you consider your greatest successes? I am the author of six books, three of which were published by the world’s largest law publisher, Thomson-Reuters. Also creating the New Jersey DUI program, that has sent hundreds of thousands of people into treatment, and founding the New Jersey Lawyers Concerned for Lawyers program that has helped hundreds of attorneys with substance abuse problems.

What was your major? Sociology.

What are some of your favorite Westminster memories? My experiences with my Phi Gamma Delta (FIJI) fraternity brothers.

Spouse? Toos Roozen-Evans. She has a jewelry business named Tulip Design. She is from the Netherlands and grew up on a tulip farm.

Children? Kate, a teacher, and Nick, a cinematographer.

Favorite Westminster faculty member? John T. Mitchell. I liked his sense of humor. I used to argue with him in class. He said that since I liked to argue, I should think about going to law school. He gave me a book on the legal profession, and I have been hooked ever since. I never thought about it until then. He gave me my career.

Favorite spot on campus? The Churchill Memorial and Museum (now America’s National Churchill Museum) and the athletic fields. I joined the Westminster Rugby Club and really enjoyed it. I went on to play for the New York Rugby Club after Westminster.

Last book you read, or a book you would recommend to others? I am now reading the New Testament. I thought that as a Christian, I should read exactly what Jesus said and about what the disciples went through to spread the word. It changed my view of Jesus and Christianity in a positive way.

Do you have a favorite quote? “Abandon yourself to God as you understand God. Admit your faults to Him and to your fellows. Clear away the wreckage of your past. Give freely of what you find and join us. We shall be with you in the Fellowship of the Spirit, and you will surely meet some of us as you trudge the Road of Happy Destiny.” – Alcoholics Anonymous, 4th Edition

On not judging others: “Judge not the workings of his brain and of his heart. Thou canst not see. What looks to thy dim eyes, a stain, In God’s pure sight may only be scar, Won from some well-fought field, Where thou woulds’t only faint and yield.” – Adelaide Anne Procter

What do you do in your free time? I live in the Adirondack Mountains on a lake. I like to hike and kayak. I also work on drug issues. It’s fun for me.