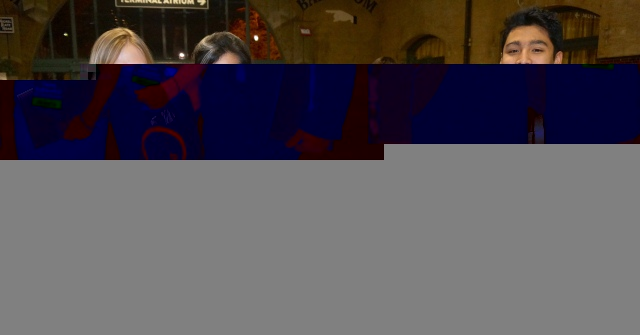 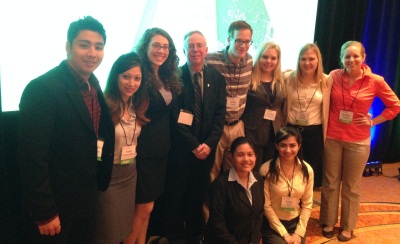 Last week, the Missouri Delta chapter joined about 500 Alpha Chi students and faculty at the Alpha Chi National Convention in St. Louis. Alpha Chi is a national college honor society that admits students from all academic disciplines. It is distinctive in that its members have been “making scholarship effective for good” since 1922.  Alpha Chi is Westminster’s most prestigious academic honor society, accepting only the top 10% of seniors and the top 5% of juniors into the Missouri Delta chapter. Westminster College was represented at the national convention by ten delegates, seven of which participated in five presentations. The presenters were:

In addition, one of our students, Lake Moore, won an Alfred H. Nolle Scholarship worth $1,500 from Alpha Chi for the 2014-15 academic year for his paper entitled, “On Gerrymandering and Party Polarization.” Alpha Chi awards only 12 national Gaston/Nolle Scholarships each 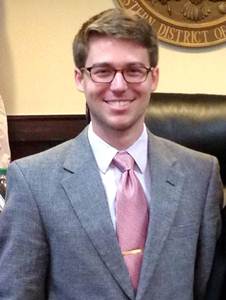 Lake Moore, a Westminster junior, was awarded a $1,500 scholarship for his presentation at the Alpha Chi national convention.

year, so it is an extremely prestigious honor to be the recipient of one of these scholarships.  Lake is the third Westminster student in the last four years (Emily Moore in 2011 and Jeannae Eckelkamp in 2013 are the others) to win this scholarship. All ten delegates participated in Alpha Chi’s National Service Project, “Walk for Water,” and, in keeping with Alpha Chi’s motto, “Making Scholarship Effective for Good,” the chapter contributed $200 toward the Bawa Health Initiative in Cameroon.