A Senator at Westminster 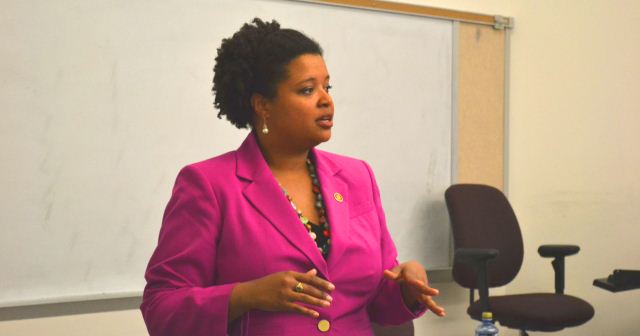 On Thursday, April 24 Missouri Senator Maria Chappelle-Nadal (D-14) visited with students and faculty at Westminster College.  Two campus organizations, Pi Sigma Alpha and The Remley Women’s Center, hosted her evening stop. Both Pi Sigma Alpha and The Remley Women’s Center encourage student involvement in politics and women studies.  Together, they co-sponsored her time in an effort to reach out to Missouri legislators in a conversation on Women in Politics. Senator Chappelle-Nadal was introduced by Political Science Professor Tobias T. Gibson, who noted that he and the Senator had been friends for more than a decade, having worked together in quasi-political fora in University City, Missouri for a few years.

The Senator opened up to the group with many personal stories, bits of wisdom, and advice for their future.  Sophomore Maya Sosa described her talk as “perfectly real.  She had such a powerful presence because she was honest, genuine, and not afraid to talk about her struggles.”

Of the topics she covered, the Senator spoke to define political dedication, compromise, and mentorship for women and expanded them to apply to all young professionals.

To describe her journey in understanding dedication, she shared that “if what you’re doing doesn’t hurt, you’re not doing it right.”  Her personal hunger for change and dedication to her work came through meaningful relationships with her community members.  Since her passions were fueled by the needs and ingenuity of her constituents, she was more than willing to throw all of her energy into representing them.

However, Senator Chappelle-Nadal acknowledged that the fight is never easy.  To reach a conclusion in any matter of politically conflicted goals, each party must be willing to compromise.  “You either get seventy percent, or zero.  You never get one hundred percent of what you want.”

This is a challenge for many young professionals in learning to navigate the public sector. Her remedy is to find good mentors as guidance through the process.  “These should be mentors in their 60’s, who have seen the cycle of history.” According to Chappelle-Nadal, she was blessed with strong mentors. She was strongly influenced by two former Missouri lieutenant governors, Joe Maxwell and Harriet Woods. Maxwell opened her door to Missouri politics by giving Chappelle-Nadal her first job in politics. Woods served as a mentor in University City where both resided, and an area Chappelle-Nadal still resides.

The most refreshing part of the Senator’s visit to the campus was the energy she left with the students. Perhaps the most important lesson she imparted on the students was the need to develop passion and work ethic. “If you believe in what you are doing, you’ve got to work to achieve that goal” was the senator’s advice.

And, she advised the women in the room that they often have to work twice as hard to earn respect as their male colleagues, and shared some of her personal stories of who she has been addressed and treated in her political career.

Her impassioned discussion and the power of her story left the students who attended inspired and wanting more. These authors hope that Senator Chappelle-Nadal will return to Westminster for another uplifting session with our students. 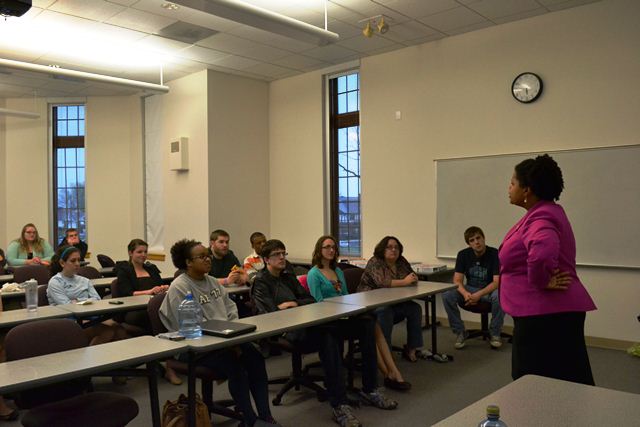 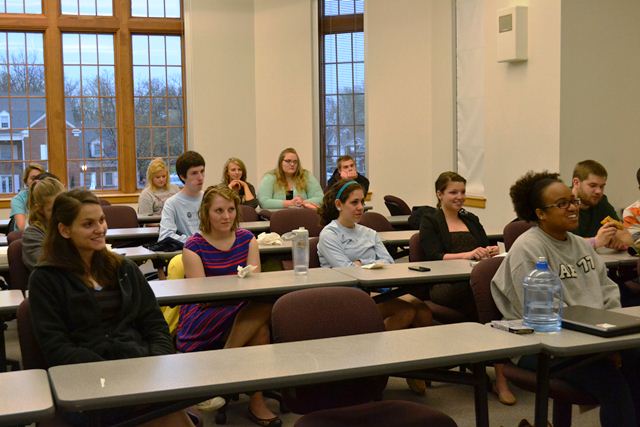 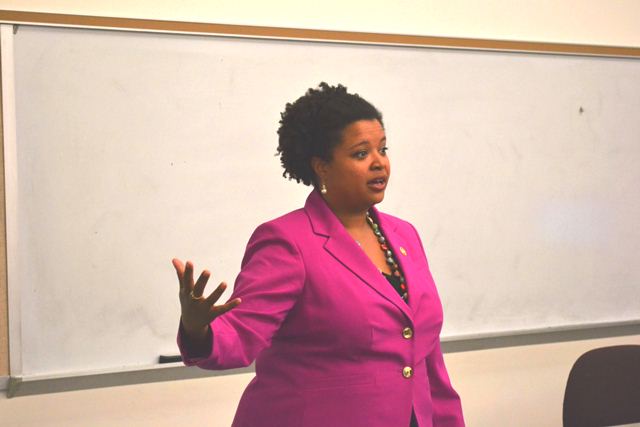