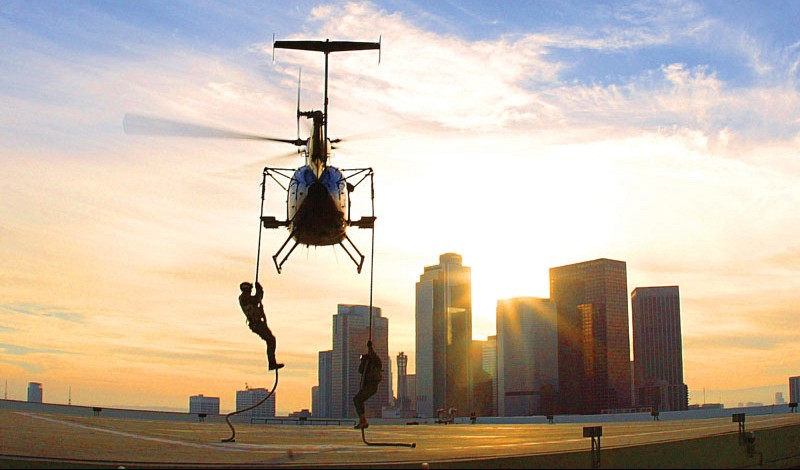 Shawn Kirby ‘98 has his hands full dealing with drug smuggling, money laundering, gangs, and customs law violations. As a Special Agent for Homeland Security Investigations, Kirby has forged a career in national law enforcement, serving our country and working in a job he loves.

Like many students, however, Kirby didn’t have a clear-cut plan ahead of him when he started college. As a kid, he wanted to be a veterinarian, but he started to change his mind during high school while working at the local movie theater.

“While working there, I got to meet several of the Fulton police officers, many of whom I liked. I think that’s where the interest started,” he says. “But I was also seriously considering pursuing an education in music to be a professional musician at the time. Ultimately though, law enforcement won out.”

While at Westminster, Kirby majored in Political Science with a minor in English. After graduation, he landed his first job, as a police officer in Liberty, MO. He spent almost 10 years as a police officer and detective in Liberty and the St. Louis County Police Department before he broke into the federal law enforcement world.

He recently returned to campus to talk with students about his career and his role in investigating international drug trafficking organizations.

Here, he shares his top four tips to build a security studies career.

1. Pay attention to your writing skills, regardless of the subject.

More than anything, Kirby values the writing skills he learned at Westminster. Being able to construct important reports and to secure cases as a law enforcement officer has been pivotal in his career, according to Kirby.

“The judges and prosecutors remember who puts together the good reports, and they remember who doesn’t. I have never had problems getting a prosecutor to take a case, and it’s partly because I have the writing skills.”

2. Learn a second or third language – a huge leg up for the hiring process at the federal level.

You never know when another language might come in handy. Kirby has many members of his team who speak other languages, and he wishes he had more linguistic diversity on his resume. Because his group deals with international violations, the need to have a fluent speaker in a variety of languages arises. Even with other federal jobs, having a second language can open doors that otherwise would remain closed.

Shawn noted that fluency in other languages is one of many new skills and backgrounds the federal workplace is looking for. It is exceptionally difficult for fresh graduates to get work directly as a federal criminal investigator, or “special agent”. So often, the pool of applicants is filled with law enforcement officials, but Kirby says it is becoming more and more important for that pool to widen. Having a variety of backgrounds and different ways of thinking can completely alter the work he does.

“When I was in college, there were no programs like Westminster’s, dedicated to security studies. It’s something I definitely would have looked into. Graduates now might be better prepared to know how this field works and what to expect.”

He says that his agency needs everyone, from accountants to sales people, working to solve problems in different ways. Computer specialists are becoming more important to stop cyber-crimes, as well.

While Kirby himself did not join the military, he notes that there are often hiring calls from federal agencies that are exclusively for veterans as well as other preferential hiring practices.

4. When you start looking for a job, just keep applying. Don’t let rejection discourage you.

The biggest challenge Shawn was up against throughout his career was getting hired for the right job at the right location. Federal investigative agencies, such as FBI and HSI, receive many applications, often from people with similar law enforcement backgrounds. Kirby struggled for many years to find a position he wanted without having to sacrifice the neighborhood his family loved. When he applied for his current position, the process took nearly two years, but he was able to stay where he needed to be and work in a job he loves.