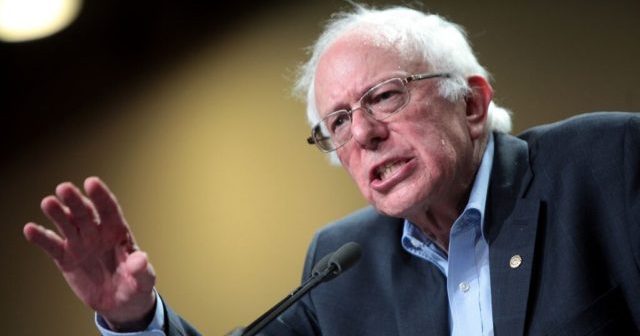 U.S. Senator Bernie Sanders, a 2016 candidate for President of the United States, will deliver the 58th Green Foundation Lecture on the campus of Westminster College in Fulton, MO.  Click here for ticket information.

The Green Foundation Lecture series has brought an impressive procession of illustrious world leaders to Westminster to deliver significant addresses.  Sir Winston Churchill delivered his “Sinews of Peace” speech, more commonly known as the “Iron Curtain” speech as a part of the lecture series in 1946.

“The Green Foundation Lecture represents all that is good about Westminster College and our nation’s role in engaging the world as Winston Churchill did here in 1946,” says Dr. Kurt Jefferson, Director of the Churchill Institute for Global Engagement, the office at Westminster that is in charge of the lecture series. “It is one of the marker events in American higher learning today. Senator Sanders will now leave his stamp on post-Cold War history with his thoughts on American foreign policy today.”

Senator Sanders, an independent from Vermont, will lecture on his vision for a progressive American foreign policy at 11 a.m., Thursday, September 21, in conjunction with Westminster’s annual Hancock Symposium.

“I want to commend Dr. Mark Boulton, Associate Professor of History and Chair of the Hancock Symposium Committee, for securing Senator Sanders for this historic lecture,” says Dr. Jefferson. “In doing so, Dr. Boulton has helped us to reaffirm why the world turns to Fulton and Westminster College to find serious, open-minded discussions about our world’s challenges and potential.”

Since 2006, the Hancock Symposium has challenged students through intellectual discourse in two engaging days of lectures, panel discussions, and presentations on one particular subject of global importance.

The theme for this year’s Hancock Symposium is “Advocacy and Activism: Leading from Where You Are.” Symposium speakers will invite campus participants to consider how they can be agents for change in defining the next century and encourage them to fulfill their potential as global leaders.

A resident of Burlington, VT, Senator Sanders is the longest serving independent member of Congress in American history, having served 16 years in the U.S. House of Representatives and now in the fifth year of his second term in the U.S. Senate.

Throughout his years of public service, Senator Sanders has focused on the shrinking American middle class and the growing income and wealth gaps in the United States.

As chairman of the Senate Committee on Veteran’s Affairs in 2014, Senator Sanders passed legislation reforming the VA health care. Today he remains on the veterans committee and was tapped by Senate leadership to be the ranking member of the Senate Budget Committee.

He also serves on the Environment and Public Works Committee, focusing on global warming and rebuilding America’s infrastructure. He champions transforming the country’s energy system from fossil fuels to renewable power sources such as solar and wind on the Energy and Natural Resources Committee. In addition, he sits on the Health, Education, Labor and Pensions Committee where he has fought for greater access to affordable health care and improved education programs pre-K to college.

Born in Brooklyn, N.Y., Senator Sanders attended James Madison High School, Brooklyn College and the University of Chicago. Upon graduation in 1964, he moved to Vermont where he worked as a carpenter and documentary filmmaker.

In 1981 Senator Sanders was elected mayor of Burlington, Vermont’s largest city. His leadership helped transform Burlington into one of the most exciting and livable small cities in America. Under his administration, the city made major strides in affordable housing, progressive taxation, environmental protection, child care, women’s rights, youth programs and the arts.

He lectured at the John F. Kennedy School of Government at Harvard and Hamilton College in upstate New York before his 1990 election as Vermont’s at-large member of Congress.

Senator Sanders and his wife Jane have four children and seven grandchildren. 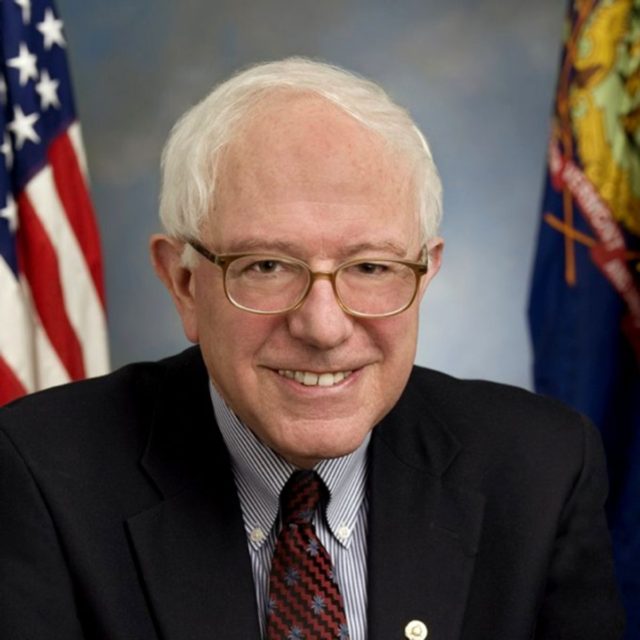